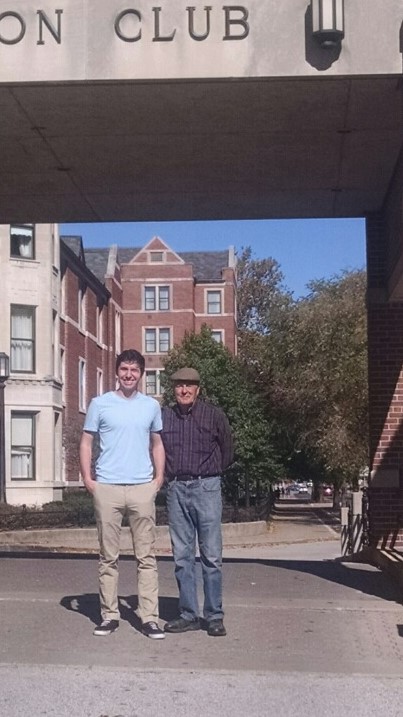 Today I came across this picture of my dad  visiting my son,  Jake Schomer, during his freshman year at Purdue University. The picture was about two years ago. So many feelings come over me looking at this photo. My dad, a chemistry major, looks so proud that finally one of his eleven grandchildren was pursuing something science-related since none of  his four children embarked on any career in science. I also see a man who is not only  the smartest man I know, but the most humble.  My dad has the strongest German work ethic. In his career and life, he works with integrity, drive, and gratitude. Looking at this photo, I know those are values he passed on to me and my three siblings but seeing him standing by my son, I know it principles he has instilled in his grandchildren as well. This was evident to me this summer.

As my son completed his second year of Industrial Engineering at Purdue like many college students he was in pursuit of an job let alone a possible internship. After emailing several resumes and contacting several employers, He landed an interview for an internship for an industrial engineer position. After the interview, He called me to say that he thought it went well and that they would let him know next week. By Tuesday, He called and talked with the lead engineer.  The engineer said that, ” We decided to hire a college graduate for a full-time position but  you have a good future ahead of you,” Jake was obviously disappointed but a few days later decided to send an email to the lead engineer. In the email he wrote something to the effect of, ” Thanks for the opportunity. I enjoyed meeting with you. If any position opens up, even part-time, could you please let me know?”   What happened next?  About an hour later, the gentleman emailed him back and said, ” I’ve given it some thought. We could use you. Call me Monday.”

Persistence paid off. Just by simply saying thank you, my son received a paid internship, gained money in his bank account, learned valuable skills in his field,but importantly learned the biggest lesson of humility and to be appreciative of all opportunities. I know this value- set was passed down from my father, who at 83 is still the hardest working man I know. Persistence paid off for my dad, too, he finally has a future heir pursing something science related. In the end, it is me who is grateful. Thanks, dad!

Be Persistent . Be Humble. Be Thankful. 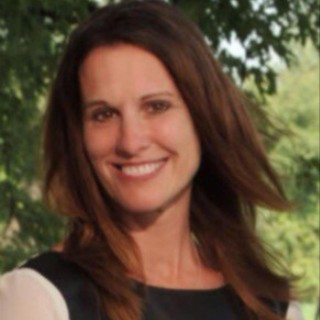 Hello! Thanks for stopping by. I have been single for the last seventeen years raising my two beautiful children, Jake ( 23) and Tarah (22). I am a native from Chicago but by listening to The ” Whispers Within” I have recently moved to Southern California. I love to run, hike, bike, swim, and practice core yoga but have been sick for the last few years fighting Lyme disease. GOD will heal me but in the meantime, I choose to be happy and not settle for ordinary. I believe in the Fairytale , crave the butterflies, and surrender that God has the plan. Follow me on FB at The Whispers Within.